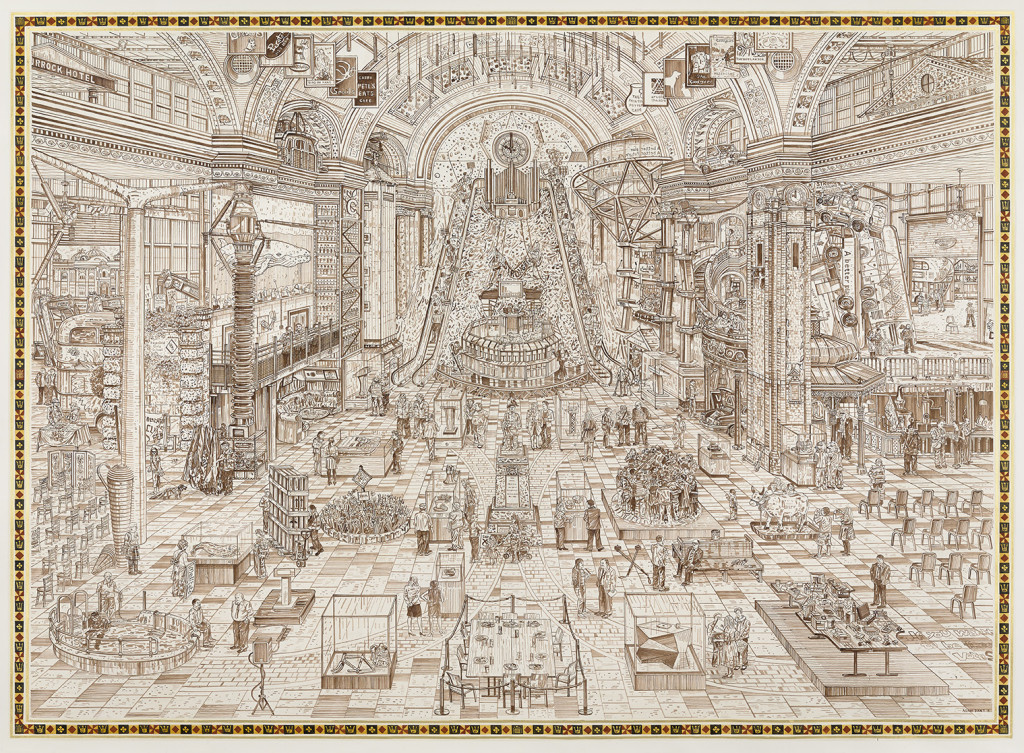 The Government Stable by Adam Dant was unveiled in the Speaker’s House in the House of Commons on 16 September 2015. Based on ‘lightning sketches’ made on the campaign trail, Dant’s interpretation of the 2015 General Election takes the form of a single, monumental, sepia ink drawing of a fictitious ‘General Election Campaign Archive’.

The Speaker’s Advisory Committee on Works of Art approved the appointment of an Election Artist in October 2014, and Adam Dant was selected from a list of artists proposed by Matassa Toffolo. The drawing becomes part of the Parliamentary Art Collection and goes on display in Portcullis House on Saturday 19 September for the London House Weekend and will subsequently move to a public location.

The House of Commons, in collaboration with Adam Dant and TAG Fine Arts, plan to produce limited edition prints of The Government Stable, available for sale via TAG Fine Arts later this year. 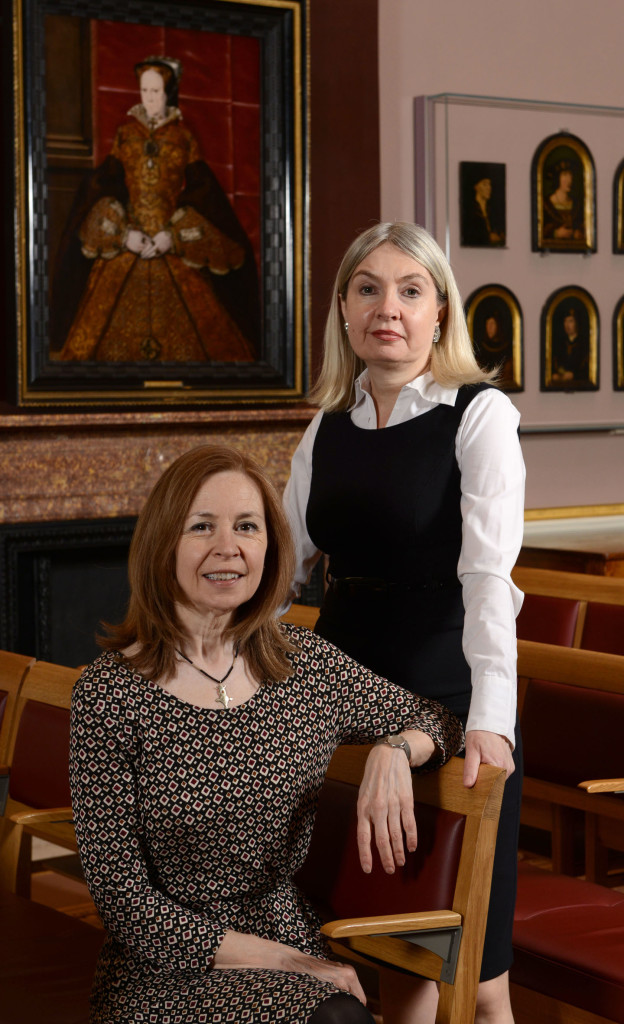 Matassa Toffolo are featured in the 3 June 2015 edition of Country Life (special Collectors’ Issue). In the full-page article Behind the scenes at the museum Fine Arts Editor Mary Miers interviews Freda and Julia and discovers that “a surprising number of art owners know little about the nuts and bolts of managing their collection”. The article is illustrated with a picture of Freda and Julia at the Society of Antiquaries of London, where they advised on the Magna Carta through the Ages exhibition, open until 31 July 2015. 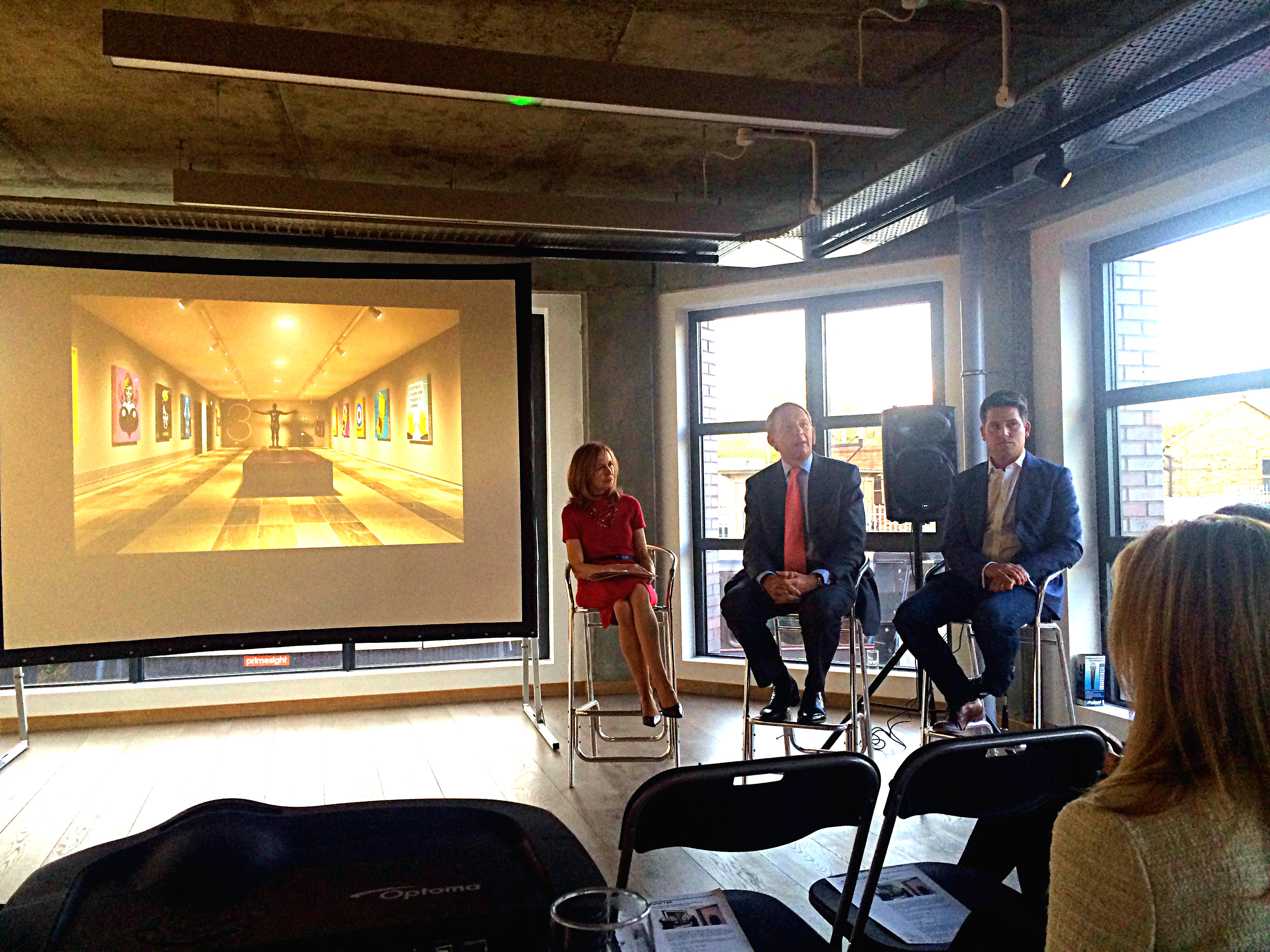 Held at John Jones’ Arts Building in London on 30 April 2015, Freda chaired a lively discussion (The Pleasures and Pitfalls of Collecting Art) with co-panelists Matthew Cooper, Relationship Manager at John Jones, and Philip Turner, Managing Director of Marsh Insurance. The seminar highlighted some of the legal and practical aspects of acquiring and owning art, together with guidance on collection care. 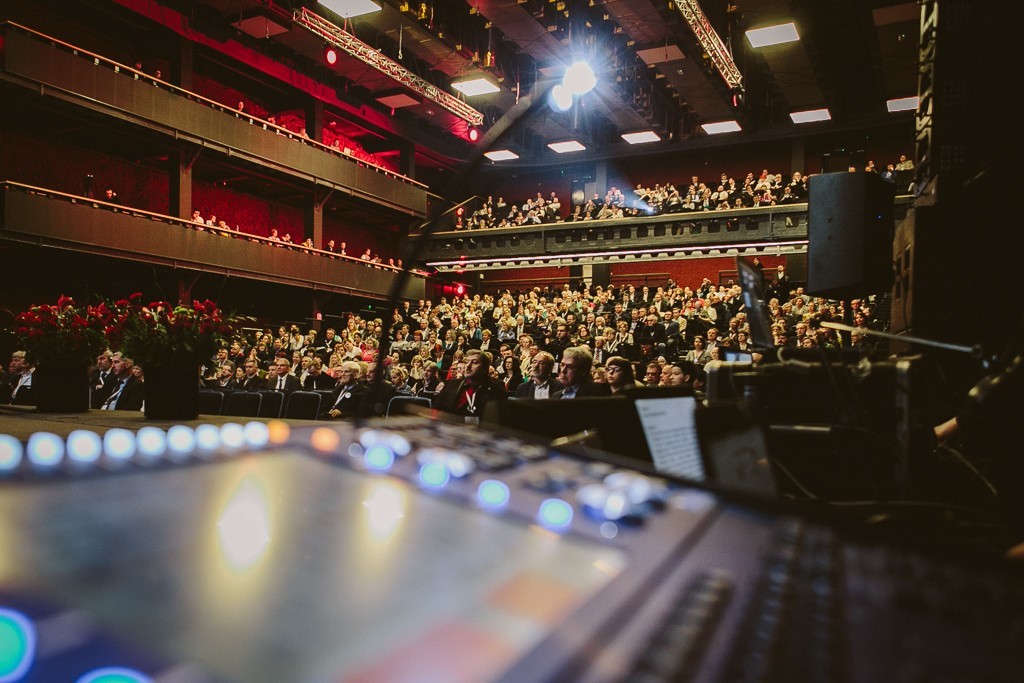 Freda was the keynote speaker at the First Congress of Polish Museums at Łódź, Poland, 23–25 April 2015. A major event with over 1200 delegates, the Congress was opened by the Polish Minister of Culture. Not only was Freda’s talk described as ‘inspirational’ by the Programme Committee but she was interviewed by both television and radio, keen to hear her opinion of the art scene in Poland. 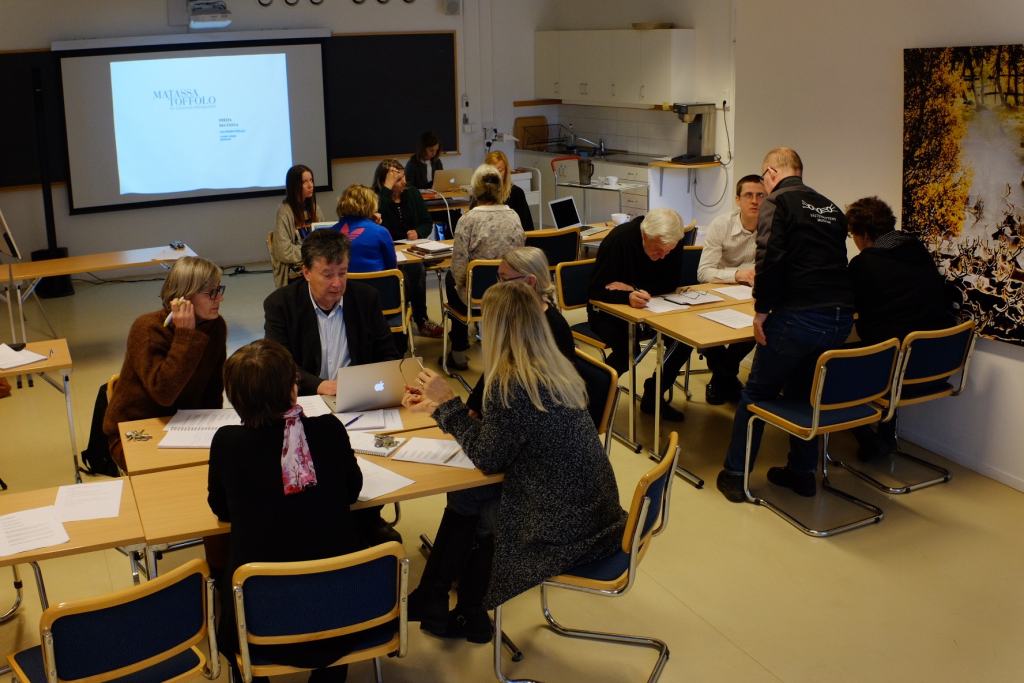 Freda took part in a Collections Management Workshop and Training Day at Västerbottens Museum, Umea (Northern Sweden) on 23 March 2015. According to the feedback, clients were so engaged that they didn’t want to leave at the end of the day! 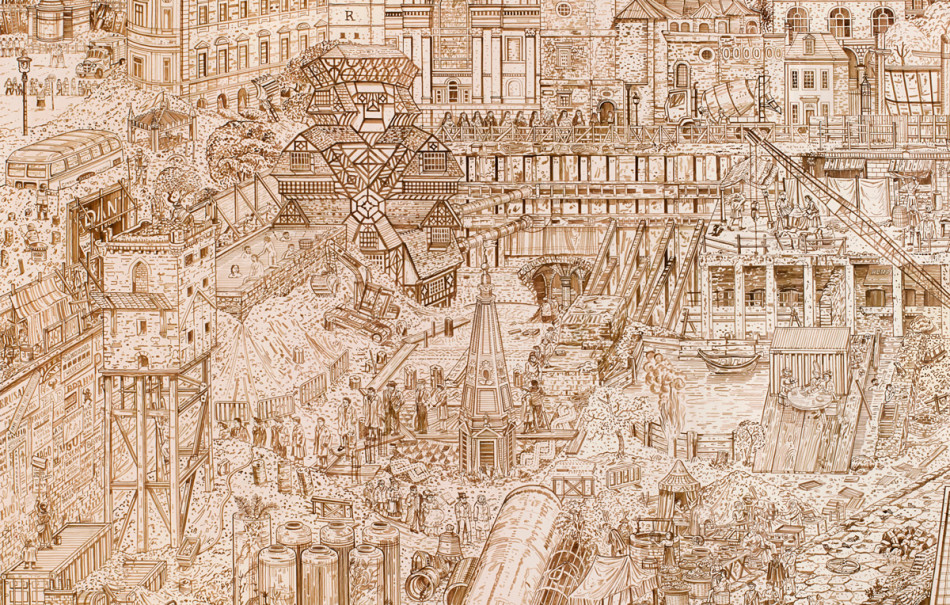 The House of Commons has selected Adam Dant as the nation’s official Election artist, commissioned by the Speaker’s Advisory Committee on works of Art to document the processes and outcomes of the 2015 General Election.

Adam Dant was selected from a list of artists proposed by Matassa Toffolo Ltd.

This is the fourth General Election to be recorded by an official Election Artist. 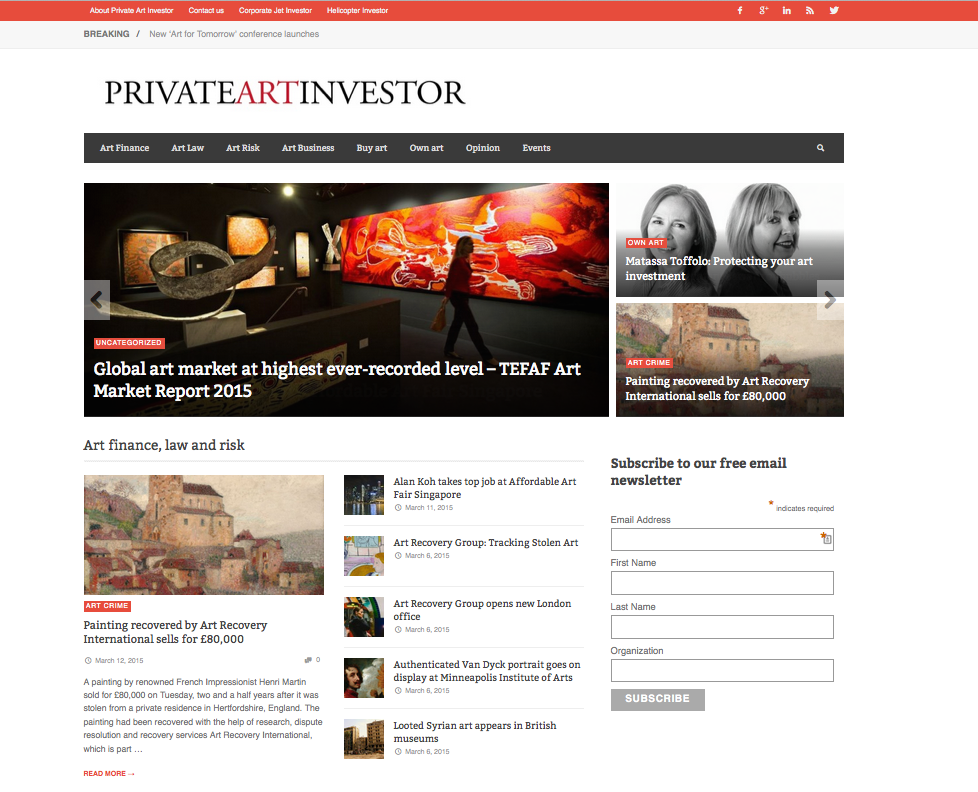 An article Matassa Toffolo: Protecting your art investment has just been published on Private Art Investor. 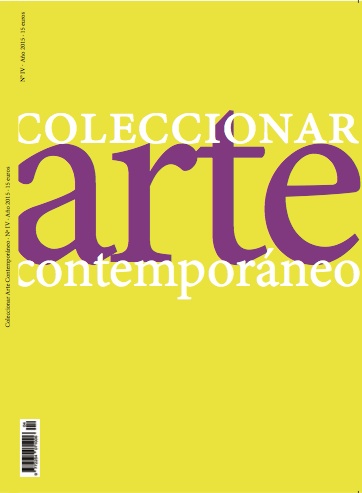 We feature in the April edition of the annual Spanish journal Colleccionar Arte Contemporaneo, published by Tendencias del Arte. Along with top international collectors, gallerists, art specialists and consultants, we discuss our work and current trends in contemporary art. 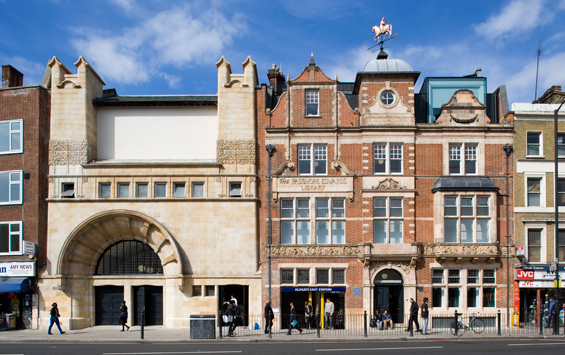 On 12 December Julia taught three out of the four sessions in a day long course at the Whitechapel Gallery in London, How to Manage a Collection. Further details can be found here and below: 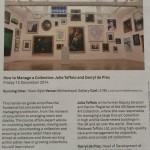 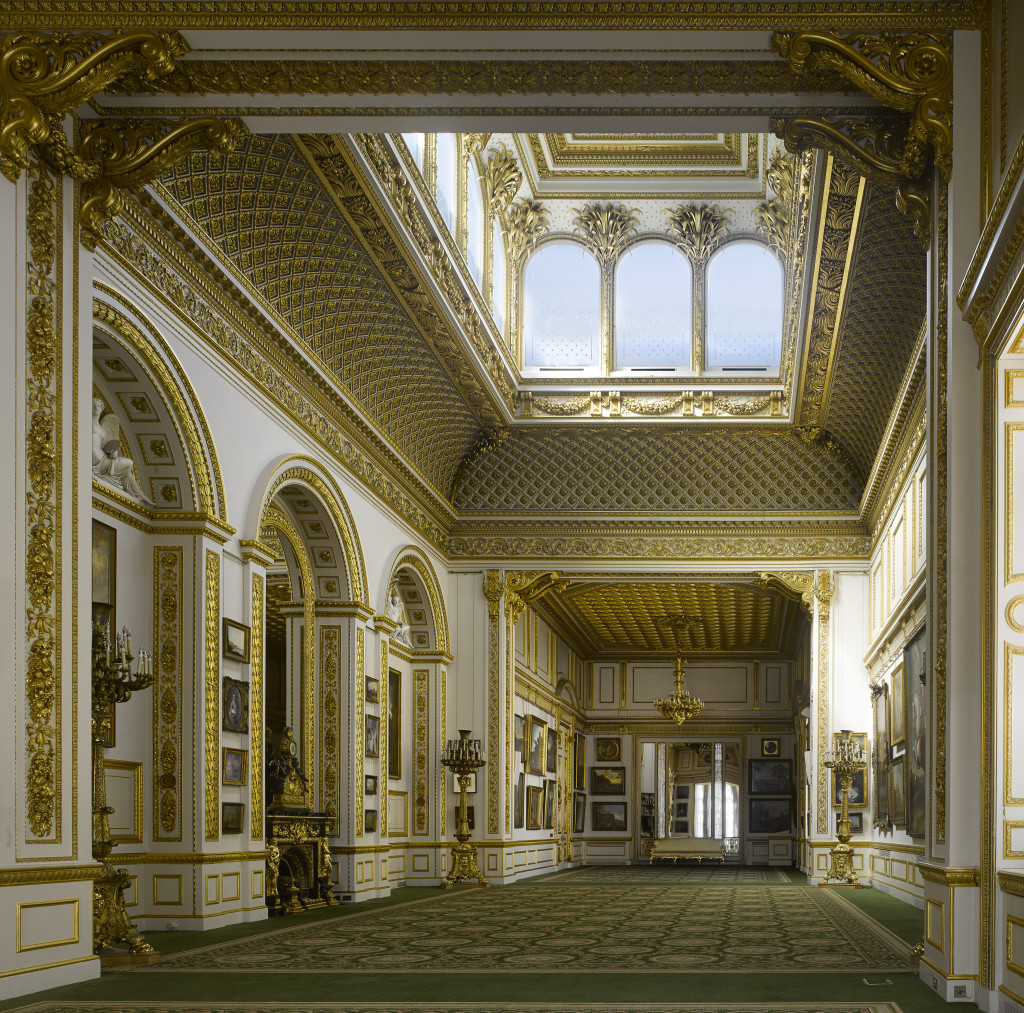 In the 10 December issue of Country Life John Goodall (the magazine’s Architectural Editor) writes about Lancaster House in London and features Julia’s recreation of the original magnificent 19th century hang in the Picture Gallery.